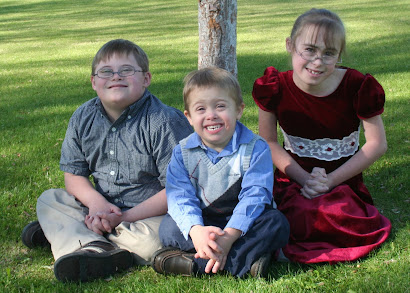 Tia with her Mac-N-Cheese 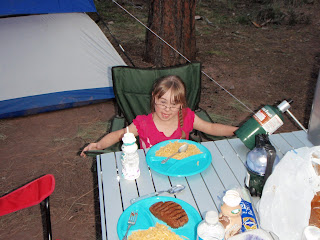 Click on the picture and you can see the fish Tia caught! 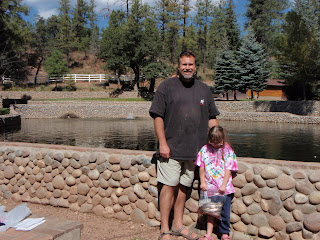 Here's the set up. New tent and everything. 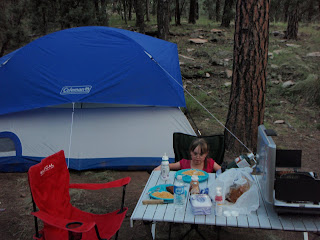 Here are some pictures from the Daddy-Daughter Camp out our church does. Let me tell you Tia was one excited girl!!!! She thinks tents and s'mores are about the best thing ever! I don't know who's child she is because I HATE camping.

So yesterday was totally crazy. We got an appointment with the social worker for tomorrow to do the post adoption follow up. So, we thought the court date would be continued another day. Well, at 9:45am I was walking out of the lab from getting Max's blood drawn for thyroid levels (never fun) and my phone had 5 missed calls from my hubby telling me they want us at the courthouse at 10am! So, I drove there not knowing which building it was in. My husband rode his motorcycle to work so I couldn't call him to get directions. After carrying Max into 3 different places (with a broken toe), we found it. We sat there with our attorney for almost an hour. I felt bad because neither Kevin or I was dressed to be in a courtroom for an adoption. After waiting for so long the judge decided he wouldn't hear our case until all the paperwork was present. Sigh! I guess what happened was that the attorney asked for the case to be rescheduled and then called later and asked that we be allowed to do the testimony part of it and just be mailed the certificate when the paperwork was complete. The attorney from the District office told our attorney that the judge was new to adoptions but that he himself has done many and that is the way it works. Well, the judge did not do that. The worst part is that they rescheduled our hearing for December!!! Good grief. It will be ready next week and just sit there until December. After that I had to run home, feed the boys and then go to the school to get Tia for early release. Today was also the day to pick up the cookie dough for the school fund raiser. So, I got that, drove home and realized they forgot some of my order. So, I drove back to the school and completed the order. Then came home, showered and headed off to parent teacher conferences back at the school. Those went well.

Tia's teacher really likes having her in class and is surprised how well she is doing. Her writing is coming along well and she is doing great in reading. She has never missed more than one on her spelling test. Tyler's teacher says he's stubborn and funny and doesn't talk much at school. He cracks me up. He talks a lot at home so I don't know why he doesn't at school. His favorite funny word right now is "Buns". Every time he is drawing a picture and I ask what it is he says, "Buns" and laughs hysterically. It is so funny that I can't not laugh. His laugh is SO contagious. We are in trouble with that guy! Some day I will have to record it so you can see how funny he is.

Camping sure looks like fun (for them, anyhow...I'm with you--I'd rather have my own bed!).

Sorry to hear about the court date...it would be nice to have Max be officially Max right now!

I grew up camping but my girls have never camped in a tent, only a camper once with my parents. Next year we may be tent camping though.

Wow, what a day. The campout looked like tons of fun though. I'm with Tia, tents and smores are the best!

Shawnie!!!! I am so glad I found your blog! I am so glad I get to see your new addition since I didn't see him this summer. He is a cutie and I am so glad he is yours. Do you mind if I add you to my blogs I read? If you want to see what we've been doing in Colorado, my blog is fowkes5.blogspot.com. 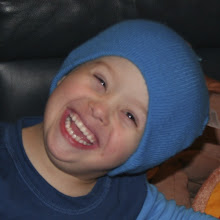